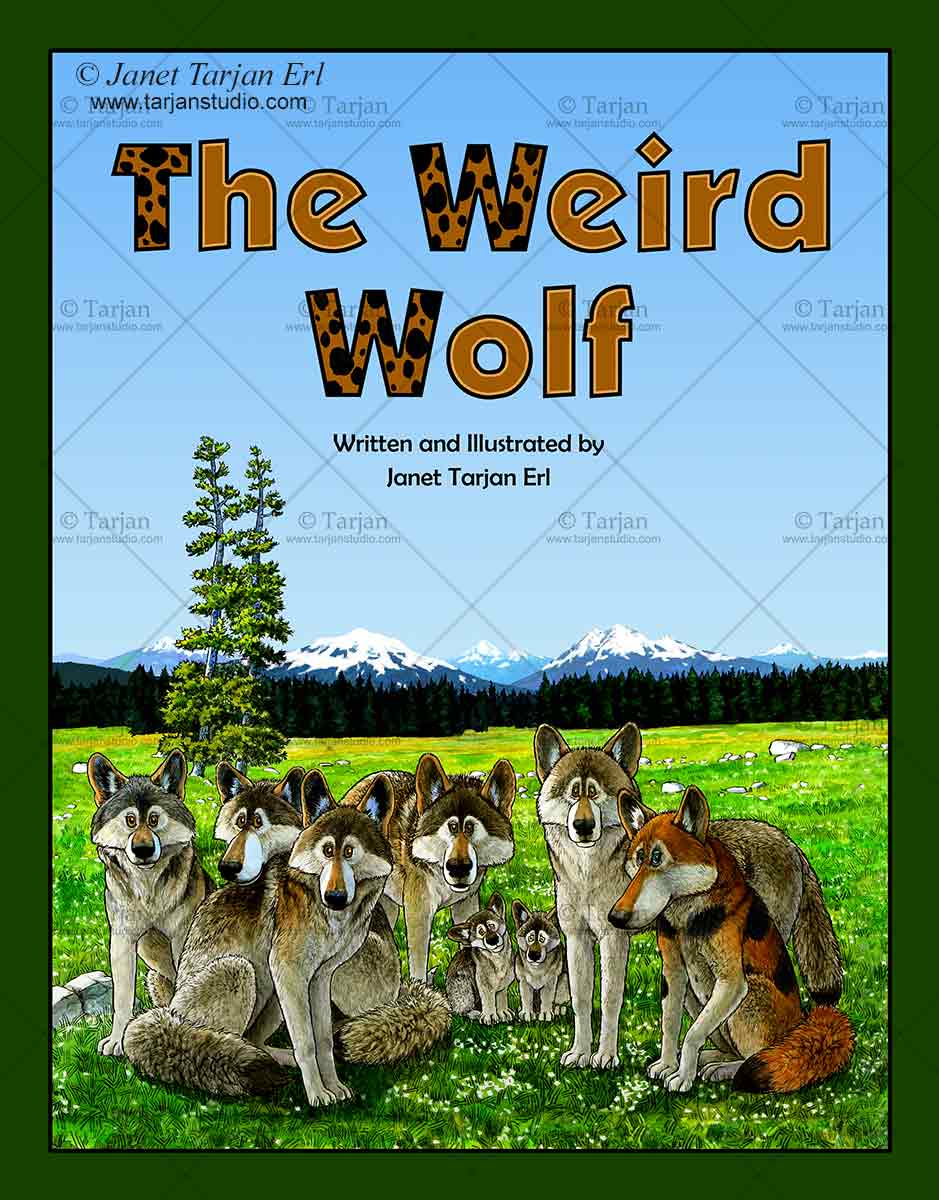 In the 1990’s I created a children’s book story about a spotted wolf that is rejected by its pack, but later saves the pack from hunters because of its spots. Originally, I collaborated with a friend who was going to write the text to the story, and I would illustrate it. My friend, Shelly Zelazny, wrote the story, and I illustrated it. Neither of us realized, at the time, that publishers only want to receive the text part of the story, and not the illustrations. So, I attempted to get publishers to publish the story, but it never got published. Years later, I decided to revive the story and went to a children’s book editor/consultant to help me with the story. Her advice was to have me write the story with a new plot, but still retaining the spotted, rejected wolf theme. So, the story changed, I renewed some of the old illustrations and added new ones and published the book on Amazon as a digital book. This is the cover of the book.

Painted in watercolor. Scanned into the computer, floated. Painting, graphics, colors, effects, and text were done in Photoshop. 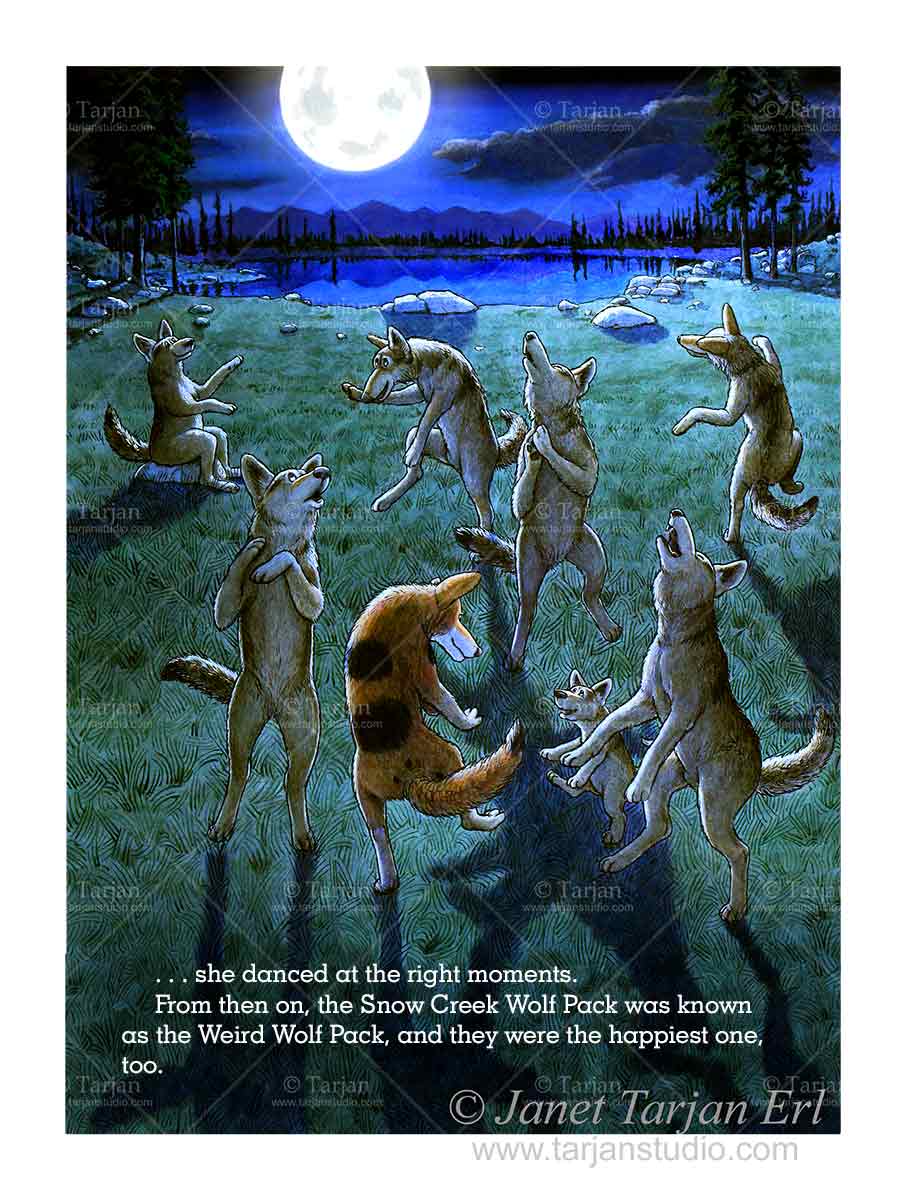 This is the part of the story where she and the entire pack are dancing and howling. 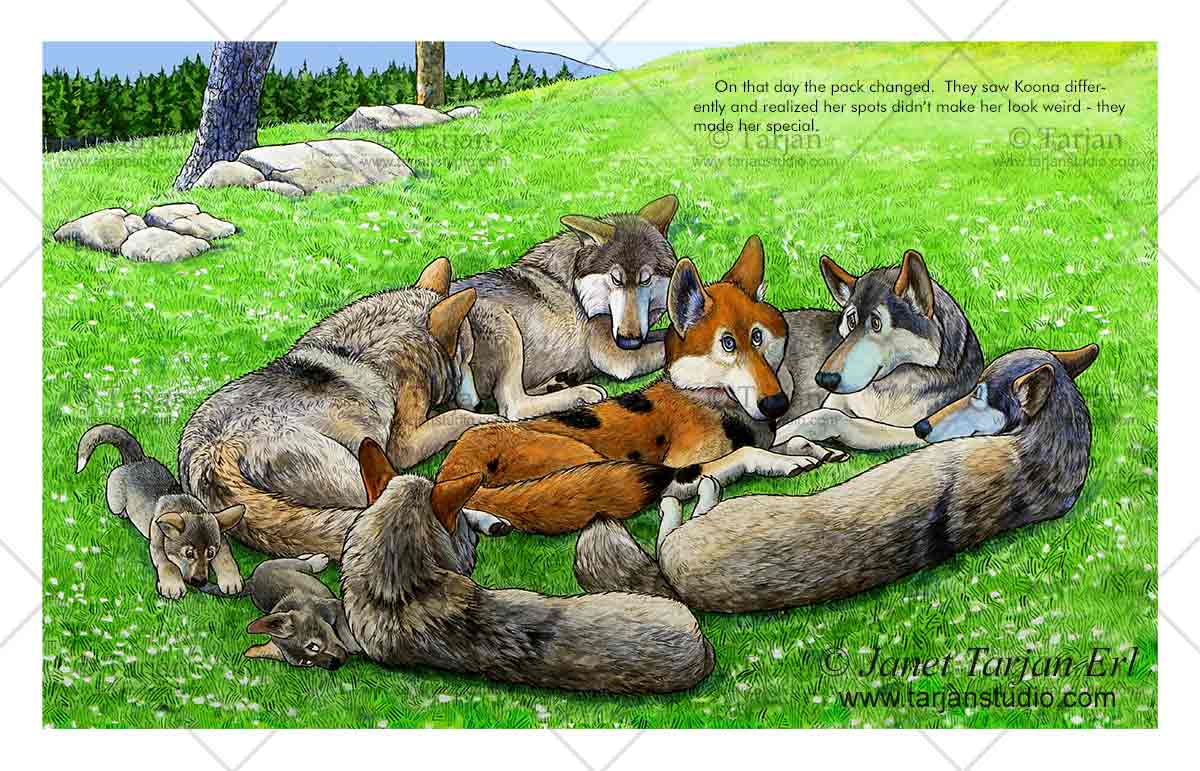 This is one of the parts of the story where she is telling her family about her adventures.

The Weird Wolf - my first ebook

Read my children’s picture book The Weird Wolf and tag along with Koona, a quirky, spotted wolf with a knack for making trouble and being an improper wolf.